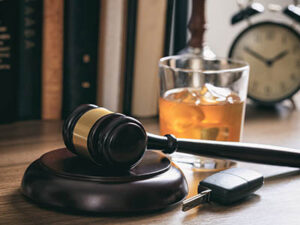 There’s also multiple first offense DUIs. Multiple offense first DUIs is if you pick up your first DUI by example, today then tomorrow you pick up another DUI and you haven’t been convicted yet, then you’re a double first offender. You could be a triple first offender or even a quadruple. You could be treated as a first offender on both cases. Your penalty could be up to 6 months, 48 hours which may not be suspended on each one. On most cases, you get 48 hours and 48 hours, which is a total of 96 hours of jail time if you are going to pleading guilty to both charges without having a trial.

If by winning the DUI case, you mean going to jury trial and being found not guilty, as a general rule, you’ve to have a fact pattern that favors you in some regards. The attorney has to be skillful enough to create reasonable doubt in the minds of the jury that you were not under the influence.

I would say that it is very tactical, and the attorney must be able to persuade the jury that in fact you were not under the influence of alcohol. Sometimes you need expert witnesses, if you have taken a breath or a blood test, you need an expert toxicologist, an expert on the breath machine, or an expert to challenge the blood sample that was taken. Other times, you may need an expert in the standard field sobriety test. You can testify that they were not given according to the national standards. Maybe you were given the test not on a very flat level or dry surface. If that was the case, the results may be incorrect.

I would say that there are just many factors that need to be looked at when you go to trial and get a conviction. Your defense attorney may also successfully negotiate with the prosecutor. The prosecutor may say, “Well, I’m not going to prosecute the client,” that could be that the client had extremely low breath test scores and passed the field sobriety test and the prosecutor feels that if he goes to trial, he wouldn’t be able to sustain his burden of proof. Another option would be if the prosecutor says, “I do not think I can sustain my burden of proof, but I do think he was driving recklessly,” so he could reduce the charge to reckless driving. There are a few other charges that he could legitimately reduce them down to. Alternatively, if this is a second offense, the prosecutor may agree to charge the client as a first offender, which would avoid the consequences of Connecticut’s escalating penalties.

There are a lot of variations to defending a DUI case. To me, winning a DUI is if the prosecutor declines to prosecute or reduces the charges. If you go to trial and you win, to me—that is a significant win—because DUIs are very hard to win in the State of Connecticut.