Let’s face facts: no one wants to stand accused of multiple DUIs. A multiple DUI charge comes with certain social stigmas and assumptions from the general public. However, though facing multiple DUIs is often stigmatized, it’s actually more common than you think. One does not have to be a total out-of-control monster or a thoughtless maniac to get a DUI, or even several DUIs. Instead, you might just be a person who lives in a country where we have both a drinking culture and a driving culture, which unfortunately sometimes results in lapses in judgment that cause people to drive after drinking or ingesting drugs.

These are usually isolated moments where a person’s level-headed abilities to make good decisions are momentarily overridden, or where they wrongly estimated their level of sobriety or the level of alcohol that would show up in their blood on a BAC test. 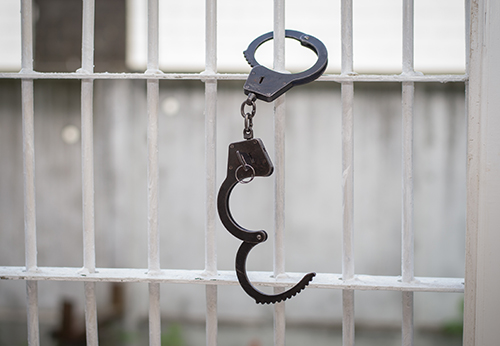 There are many ways that people wind up with DUIs, and even multiple DUIs. Maybe you were close enough to home that you thought you could make it back okay. Maybe you were put in charge of taking someone home last minute, and figured it would be better than the alternative. Maybe you simply overestimated the power of coffee and water at the end of dinner to sober you up for the ride home.

These are only a few of the many possible circumstances that may have led to your current Connecticut DUI, as well as any past Connecticut DUIs. Unfortunately, unless they are properly persuaded, Connecticut courts don’t tend to consider the reason behind DUIs—especially multiple DUIs.

DUIs are taken very seriously in the State of Connecticut, which has some of the toughest drunk driving laws in the country. This is especially true of multiple DUIs, particularly if your most recent DUI occurred within 10 years of the proceeding DUI.

Multiple DUIs are almost always taken more seriously and carry harsher penalties than first-time DUIs, particularly if less than a decade lapses between DUIs. Though this may seem unfair, there is a reasoning behind this uptick in sentencing: to discourage repeat instances of a potentially harmful behavior, regardless of intention.

In the State of Connecticut, a second DUI is a felony charge. Being convicted of a felony can pose its own host of issues, including barriers to employment, barriers to opportunities for education and professional growth (such as participation in certain programs and access to certain scholarships), and even entry to some forms of housing. Having a felony conviction on your record in the State of Connecticut can even result in the loss of your right to vote.

In addition to felony status, consequences for a second DUI within 10 years of a first DUI can include:

As if these consequences were not serious enough, there is a further set of sentencing enhancements that can be applied if a DUI was considered “aggravated.” This means specific instances in which the crime of the DUI is considered to be more harmful or potentially harmful. Aggravating circumstances for a multiple DUI charge in Connecticut include:

If you are charged with an aggravated second DUI, or an aggravated third or subsequent DU, you will be more like to have to endure:

As you probably already know if you are standing accused of multiple DUIs in Connecticut, these charges and their potential sentences are not to be taken lightly. Without the proper representation, you risk having the court throw the proverbial book at you, which could completely derail the course of your life, permanently. Many people facing these sorts of charges may understandably feel overwhelmed, frightened, and possibly even hopeless.

However, there is hope. The right Connecticut DUI attorney can make all the difference in a multiple DUI case. If you are facing a second, third, or subsequent DUI in Connecticut, it is absolutely crucial to contact a qualified, knowledgeable DUI attorney with ample experience with DUI law, including Connecticut-specific laws about DUI prosecution and defense. They will be able to use that knowledge and experience to craft a compelling, solid defense on your behalf, which will ideally reduce or even dismiss your charges.