When DUIs are discussed in the media or even in personal conversation, they are frequently misunderstood in one crucial way. Specifically, they are portrayed as far less common than they actually are. In reality, DUIs are quite common. In 2017, for instance, over 650,000 people were arrested for DUIs in the US alone, and numbers have only grown since.

Quite simply, the United States has a drinking culture as well as a driving culture, and this unfortunately leads to blurred lines and people making the regrettable mistake to get behind the wheel while drunk (whether they realize they’re drunk at the time or not). There are any number of scenarios in which an error in judgement, a miscalculation, or impulsive overconfidence can lead to someone driving while drunk. Maybe you had one too many at the Christmas party and thought you could make it home alright. Maybe you didn’t want to leave your car at the bar parking lot, or flake out on giving someone a ride, and figured you would be fine on the short drive home. Maybe you lost count of the wine refills at dinner. Whatever the scenario, it is unfortunately common for people to slip up and get behind the wheel while over the legal blood alcohol limit.

Getting multiple DUIs is often doubly stigmatized, but getting multiple DUIs doesn’t inherently require 100% willful, out-of-control behavior. As stated above, DUIs are often last-minute lapses in judgement that overcome a person’s rational processes of thought. However, intention and internal processing aren’t really the main factors that are considered in when a defendant is brought up on multiple DUI charges.

The State of Connecticut takes all DUIs very seriously, and takes multiple DUIs especially seriously. This is especially true if your most recent DUI occurred less than 10 years after the DUI that preceded it. In Connecticut, a second DUI (within ten years of your first DUI) is a felony charge. If convicted, you will have a felony on your permanent record, which can cause many complications in and of itself. Among other issues that may arise, a felony conviction can show up on background checks and prevent you from accessing employment, public program benefits, and housing, and can also result in a lifelong ban on voting.

In addition to felony status, consequences for a second DUI within 10 years of a first DUI can include:

In the event that your charges are considered “aggravated”, you will be more likely to face more severe consequences. These may include: 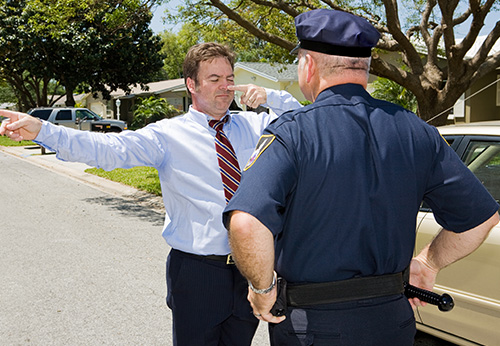 As you can see, there is a great deal at stake when facing a second DUI, third DUI, or even fourth DUI, especially in aggravated circumstances. For this reason, it is absolutely essential to have an experienced, reliable DUI defense attorney on your side. In Chaplin, CT, the man for the job is Connecticut DUI Attorney Steven Tomeo.

Attorney Tomeo is extremely knowledgeable about Connecticut DUI law, and has the courtroom experience to get you the best possible outcome in your case. Give yourself a leg up and call (860) 764-2744 for a free, personalized consultation today.