Steven A. Tomeo & Associates Can Protect You From A DUI

A quality DUI criminal defense lawyer is the only chance you have to protect your future if you are facing a DUI charge in Connecticut. Located in Danielson, CT, and offering legal support in Pomfret, New London, and Norwich, CT, Steven A. Tomeo & Associates, LLC specializes in providing the best DUI convictions attorney you can ask for.

Avoid The Ramifications Of A Criminal Record

Even after you pay any relevant fines and fulfill your legal obligations, a DUI conviction can still have lasting effects on your life. The long-term consequences of a DUI can haunt you for years to come, creating a never-ending cycle of barriers. There are many examples of the long-term ramifications a DUI conviction can have on your life, including damaged interpersonal relationships or having a financial snowball effect that leads to long-term money problems. Without an expert DUI Defense Attorney, these consequences may permanently shape someone's future life by limiting their opportunities forever. Keep in mind that offenses involving children may be considered felonies in the state of Connecticut.

DUI arrests and convictions can have a major impact on your employment prospects. Many employers are unwilling to hire applicants with a DUI on their record, which can put you at a severe disadvantage when competing for jobs. Court dates, jail time, and community service hours can also disrupt your work schedule and put your job at risk.

After a DUI conviction, your car insurance rates will likely go up a lot, and your DUI arrest could permanently damage your personal reputation as well as any future criminal background checks. Also, a DUI conviction can mean losing your driver's license for up to two years.

If you have been charged with a DUI for driving under the influence of alcohol or marijuana, it is critical that you contact an experienced DUI lawyer who is willing to defend your case aggressively. Doing so is usually the only way to have a shot at protecting your future. 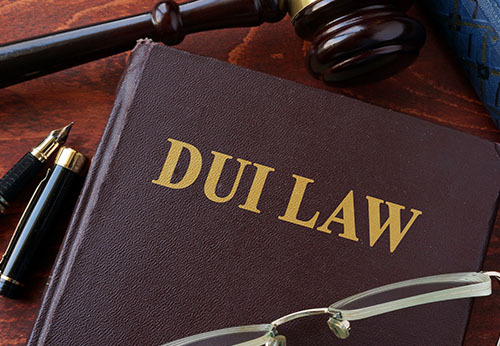 Operating a motor vehicle while impaired by drugs or alcohol is a serious offense in Connecticut. If you are caught driving under the influence, you will be arrested and face charges. The state's laws are designed to deter drivers from getting behind the wheel while drunk, high on marijuana, or impaired by prescription drugs. Penalties for impaired drivers can include not only criminal consequences but also administrative restrictions on their driving privileges.

DUI offenders in Connecticut may be eligible for the state's Pretrial Alcohol Education Program. This program is designed to provide first-time offenders with the necessary resources and education to avoid future convictions. Applicants must be charged with DUI for the first time and must state under oath that they have not participated in the program within the past ten years. If successfully completed, participants' DUI charges will be dismissed. Otherwise, if convicted, first-time offenders face a suspended license for 45 days and requirements to install an ignition interlock device on their vehicle. A first-time DUI offender also may face fees and fines, 48 hours to six months in jail, among other possible penalties.

Driving Under The Influence Of Alcohol In Connecticut

Drunk driving is a serious problem that endangers the lives of drivers, passengers, and pedestrians. Alcohol impairs a driver's ability to make sound decisions and coordinate their movements, both of which are essential for safe driving. Even routine tasks like braking or turning become more difficult when a driver is under the influence. By getting behind the wheel while intoxicated, drivers are not only putting themselves at risk but also anyone else who happens to be on the road.

Driving Under The Influence Of Marijuana In Connecticut 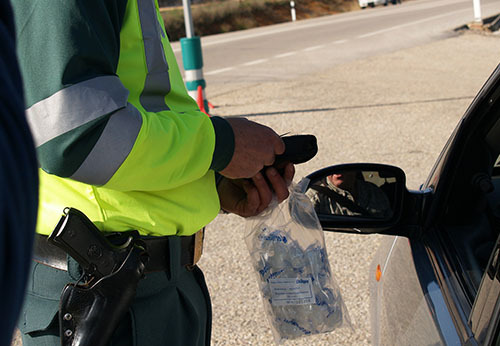 While some states have begun to legalize marijuana, and the culture around marijuana is growing to become more accepting, it is still illegal to drive while under the influence of THC (the main psychoactive compound found in cannabis) in Connecticut. Many people believe that marijuana does not negatively impact driving skills as much as alcohol or other drugs. However, those who are pulled over for driving while high on marijuana often fail sobriety tests. It's critical to hire a competent marijuana DUI attorney in these cases.

As law enforcement officers continue to crack down on drunk driving, they are also vigilantly searching for any drivers who may be under the influence of drugs, including marijuana. In either case, an individual officer can come up with almost any excuse that you violated any law to pull you over. Once pulled over, the police are free to observe you for any signs of impairment.

If you have been charged with a DUI after smoking marijuana, you may be feeling overwhelmed and uncertain of what to do next. But it is important to remember that you have rights and options, and an experienced DUI defense lawyer can help you explore them. A strong defense is crucial in these cases, as a conviction can result in significant penalties, including a fine of up to $1,000, six months in jail, and a one-year driver's license suspension.

At Steven A. Tomeo & Associates, LLC, we have a deep understanding of the laws surrounding alcohol, marijuana, and driving under the influence in Connecticut. We have successfully handled countless DUI and drug-related cases, always fighting to get the best possible outcome for our clients. If you've been charged with a DUI or drug offense, contact us today for a free initial consultation.